The Royal Swedish Academy of Sciences announced the awardees for this year’s Nobel Prize in Physics at a news conference last Tuesday in Stockholm, Sweden. One half of the award went jointly to Syukuro Manabe and Klaus Hasselmann “for the physical modelling of Earth’s climate, quantifying variability and reliably predicting global warming”, and the other half to Giorgio Parisi “for the discovery of the interplay of disorder and fluctuations in physical systems from atomic to planetary scales.”

According to the chair of the Nobel Committee for Physics, the work being distinguished in this year’s prize ‘’demonstrates that our knowledge about the climate rests on a solid scientific foundation, based on a rigorous analysis of observations”.

The prize, which is worth 10 million Swedish krona (roughly 1 million Euros), has been divided in two parts; the first will be Shared by Manabe and Hasselmann, and Parisi will receive the other half.

Pioneers in the Modelling of Earth’s Climate

Manabe, whose work in the 1960s explored the way in which the increased levels of carbon dioxide in Earth’s atmosphere leads to a rise in temperatures at the planet’s surface level, developed the first mathematical models of climate, establishing the basis for the climate models we use nowadays. His research was a crucial step forward in the development of advanced general circulation models for the atmosphere-ocean-land system, which became a very effective tool for the simulation of Global warming.

This is the first time that the Physics Nobel Prize is awarded specifically for studies related to the human role in climate change.

Almost a decade later, Hasselmann further built upon Manabe’s initial work to create a stochastic model that essentially linked short term weather phenomena, such as rain, to the long-term climate elements like atmospheric currents, proving that climate can be modelled even though the weather is in constant change. He also provided evidence of how the impact of human activities can be isolated.

In an article published by Nature about the award, CAFE research team member Jürgen Kurths, from the Potsdam Institute for Climate Impact Research, shared his opinion about the ‘genius contribution’ that was Hasselmann’s introduction of the first ‘conceptual model’ for Earth’s climate in the 1970s. “Usually you need a computer to simulate [conceptual models], but it’s much faster and easier,” Kurths explains in the article.

In the decades that followed, Manabe and Hasselamnn’s work became the basis that allowed climate scientists to determine that rising global temperatures and other observed climate effects are the direct result of human activities. 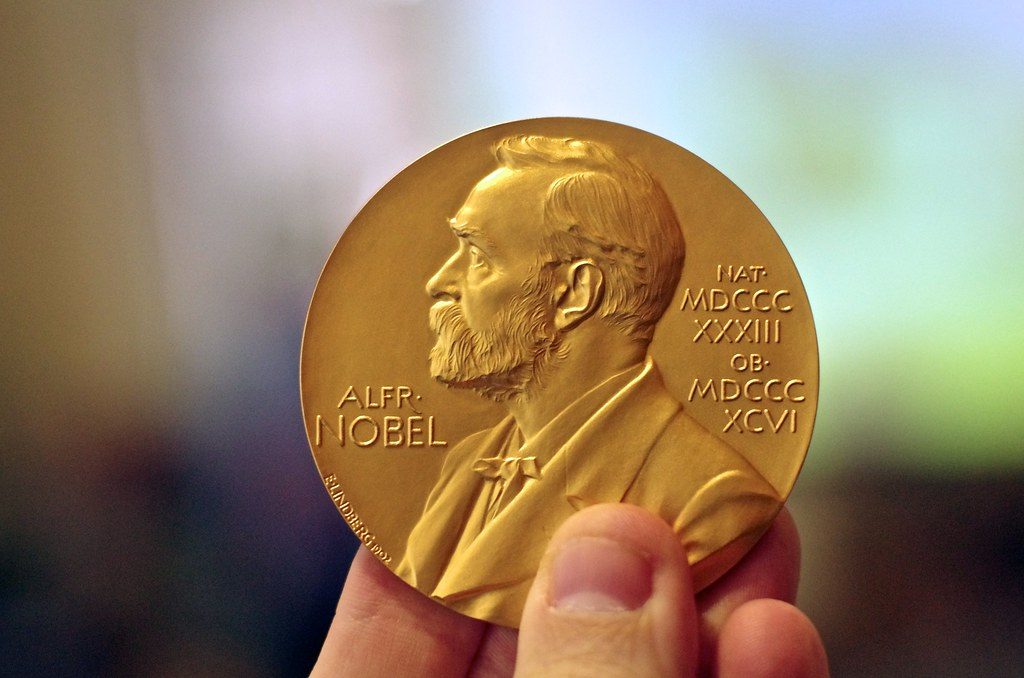 Parisi’s work, meanwhile, was developed in the field of complex Systems, systems where the combined behaviour of their parts gives rise to properties that cannot be deduced from attributes in its elements. He identified a hidden and counter-intuitive type of order in the interactions of many objects. The Swedish Academy of Sciences has awarded him “for the discovery of the interaction of disorder and fluctuations in physical systems from the atomic to the planetary scale.”

His research has also shed light on the behaviour of several materials and phenomena, not only in physics but also in other very different areas, such as mathematics, biology, neuroscience, and machine learning.

After the winners were announced, Parisi said that “it’s very urgent that we take very strong decisions and move at a very strong pace” to address climate change. Kurths is also pleased that Parisi — and with him the study of complex systems, which is crucial to understanding the climate — has received recognition from the Nobel committee.

A Work that is more Alive than Ever

The announcement of the winners comes in a moment when the climate crisis is in the eye of the storm in the news media, and the relevance of the awardees’ work has only become more and more critical as the future created by global warming and climate change is getting grimmer.

Only a few months back, the Intergovernmental Panel on Climate Change (IPCC), a body of scientists under the United Nations, released its latest report. The document, authored, among other scientists, by CAFE research member Hervé Douville, from the National Centre for Meteorological Research, details humanity’s harmful impact on climate and warns policymakers about its lasting effects and the pressure to act immediately.

The Physics Nobel Prize also brings even more attention towards the United Nations’ upcoming Climate Change Conference that will be celebrated in November in Scotland.