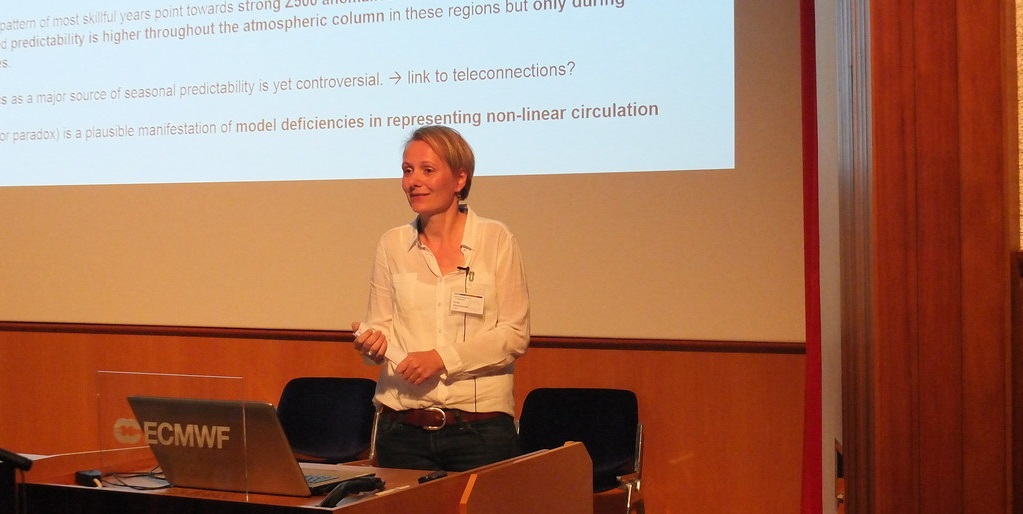 Abstract:
A crucial component of any climate forecast system is the set of retrospective forecasts which are used to estimate skill and to calibrate the forecasts. Hindcasts of seasonal predictions are usually produced over a period of 20-30 years. However, recent studies based on much longer re-forecasts of the 20th Century have demonstrated that seasonal forecast skill can undergo pronounced multi-decadal variations. In particular, extratropical modes of variability such as the North Atlantic Oscillation show distinct mid-Century periods where their predictive skill is reduced compared to skill estimated during the last 20-30 years. Skill at the beginning of the century is as high as for recent high-skill periods, suggesting that the loss of skill in the mid-century period is not related to the lack of good observational data. In this talk I will introduce the data sets used to analyse multi-decadal skill variations, present skill estimates of major extratropical teleconnections throughout the 20th Century and discuss links to tropical climate variability such as ENSO.